So, yesterday I have been to Bern – the capital city of Switzerland! How long has it been that I was last in Bern…? I can remember that we had a school excursion to the Federal Parliament Building there, but this was..6…7 years ago?!! Yep, time goes by (toooo fast!!)

Although the weather forecast was announcing a rainy day, we just had some clouds and the temperature was very pleasant. At the beginning we went to the Paul Klee Museum and had a coffee break. We both (especially me…) had to save money, that’s the reason why we didn’t visit the Art Museum. For those who don’t know Paul Klee: He was a Swiss artist known for his innovations in modern art painting.
BTW, the Museum offers a free admission for young people (aged 16 to 26) every first Saturday of the month!

Cappuccino was served in a creative cup. I like the spoon. (We saw this unusual tableware set afterwards, during our shopping tour, in the shop called Globus) As we didn’t go to the Museum, I only took some brochures with me.

We also went for a little walk until the Bärengraben – a park where you can meet wild brown bears. The last time when I went there, they practically had no space in their enclosure but since 2009 the bears got a new “place to be”. They looked very happy in their new home. Did you know? The coat of arms of Bern depicts a black bear walking upwards toward the hoist. It is a tradition to keep bears in Bern. 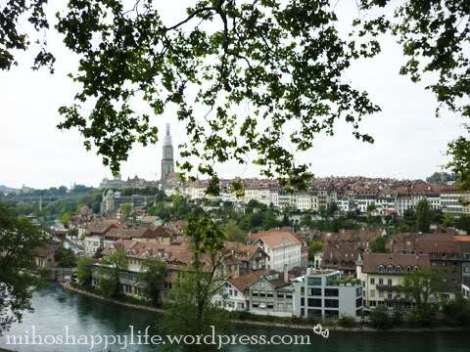 From the Bärengraben it’s only a stone’s throw to the old town. We walked through the “heart of Bern” with its historical buildings and did some (window) shopping. 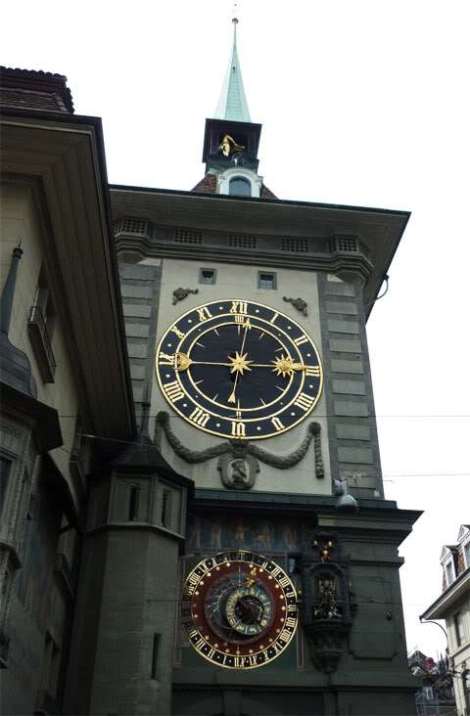 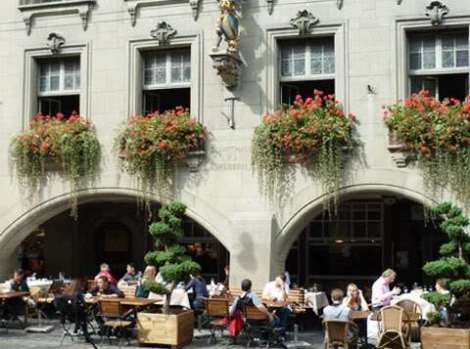 After my short trip to the city Bern, I fully realized that it has been a waste to stay away for so long! I totally forget that it was so beautiful and you can even feel the traditional Swiss atmosphere. Peaceful old town, fluffy bears and splendid panoramic views, I absolutely will come and visit you again!

4 responses to “The Capital City of Switzerland | Bern”