Here comes the most interesting part (at least for me) of my first visit in the UK: the Warner Bros. Studio Tour London!! Omg, I can’t tell you how excited I was when I A) booked the tickets for the WB Studio Tour and B) when I was standing in front of it!! When you grew up with Harry Potter or if you are a big fan like me, you should definitely visit the WB Studio! It’s absolutely worth it, I promise! IT IS AWESOME!!!♡♡♡

There are several possibilities how to get a ticket for the WB Studio: directly at the ticket counter there, at tourist stations in London or online. I have chosen the last option. Whenever it is possible, I prefer to book tickets for attractions in advance, otherwise I can get quite agitated and panicky. Somehow, I often have the feeling that the tickets were sold out soon… (even if this is probably not the case *g*). When I have the confirmation, I feel more comfortable (；≧∇≦)

I heard and read that the WB Studio is located a bit far away from the centre, that is the reason why I booked a ticket on getyourguide.com including a transfer by coach. (We paid around £54/74 CHF/76$/74€ p.p. – the entry fee for an adult is £35/47 CHF/49$/44€) It is a bit pricy, however the organisation was good and we had a comfy drive right up to the studio.

The tour started at 2:30 p.m. from the bus station just next to Victoria station (Victoria Coach Station, 164 Buckingham Palace Road). After around one hour we arrived at the WB Studio, where we could explore the world of Harry Potter for approximately 6-7 hours. Here is a short overview or recommendation what you can or should do at the Warner Bros. Studio Tour:

– Step into spectacular sets including the Great Hall, Dumbledore’s Office and Diagon Alley
– Climb aboard the original Hogwarts Express
– Learn how the movies’ special effects and animatronics were put together
– Fly on a broomstick with the magic of computer graphics
– Drink some delicious Butterbeer

Arriving at the WBS we first had so stand in line. Just a certain number could enter the “first step”. There was a short intro movie before you could enter the exhibition (so there wasn’t much space for all those visitors). After the film you could directly enter the Great Hall of Hogwarts – do you remember the scenes where all the students were eating their meal, received their owl post and had their Sorting ceremony? In the movie everything looked sooooooo huge, but in real it wasn’t that big as I thought.

The next area, right after the Great Hall, you could have a look at different “parts” from the movies. For example the Gryffindor Boy’s Dormitory, Dumbledore’s Office, Hagrid’s Hut or they also displayed various costumes and objects like wands, broomsticks, Quidditch equipment, Horcruxes and more. Everything was so exciting!!!! It was absolutely interesting to go behind-the-scenes and explore the breathtaking special effects and all the secrets and techniques they used during the film set. If I would live in London, I am sure that I would buy an annual ticket for the WBS (unfortunately there doesn’t exist one (ﾟ∇ﾟ;)). Imagine – you could spend your time in the magical world of the wizards whenever you like!

Waiting for our coach at Victoria Coach Station 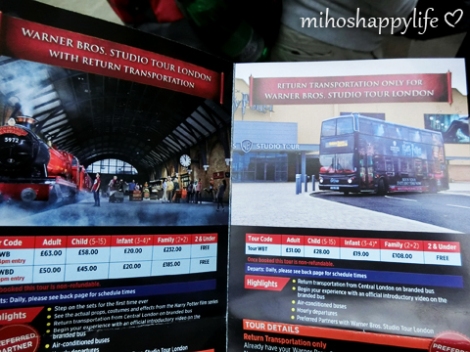 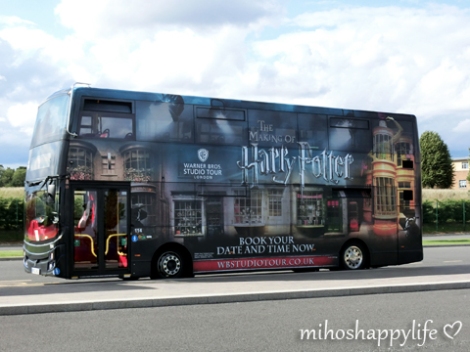 and here we go 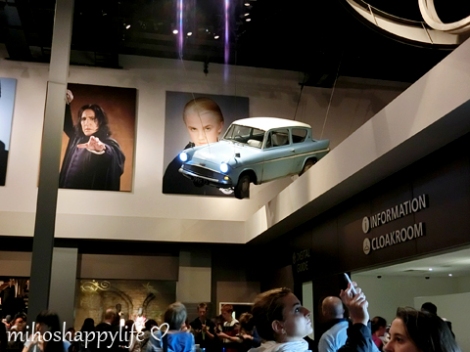 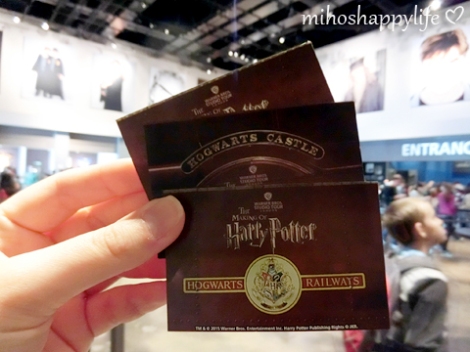 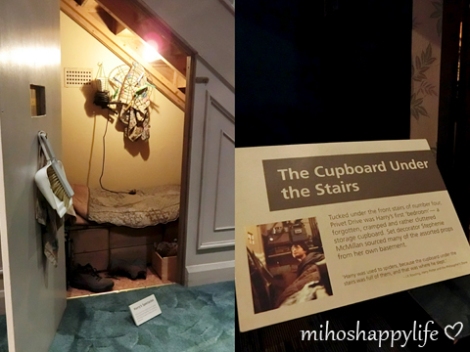 It’s almost 15 years ago… unbelievable.
They’ve shaped such a massive part of my childhood!

The entrance to the Great Hall 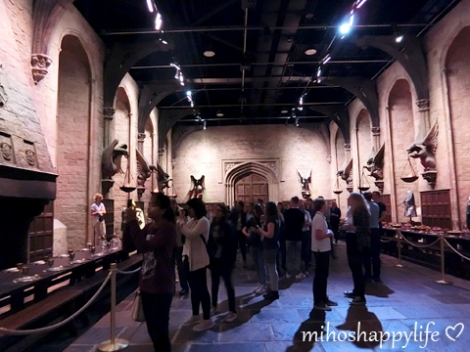 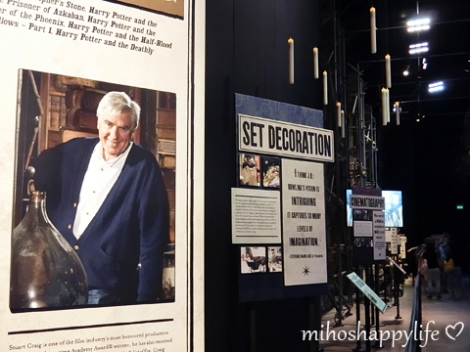 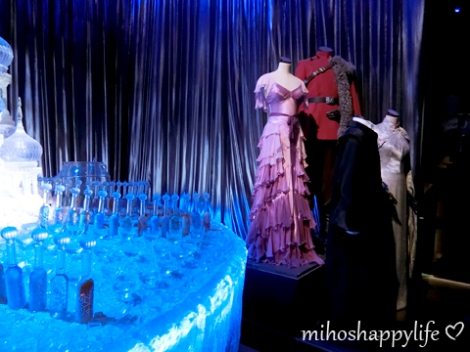 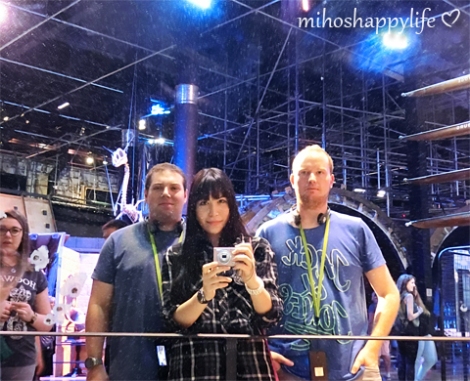 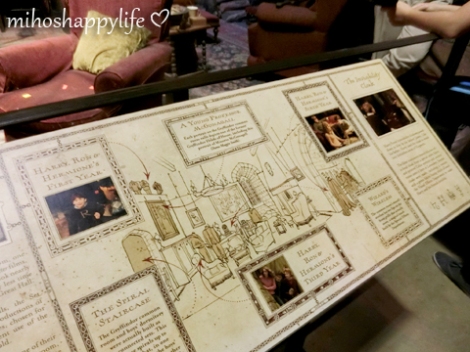 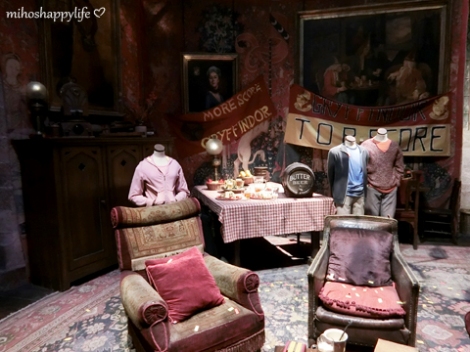 The entrance to Dumbledore’s office 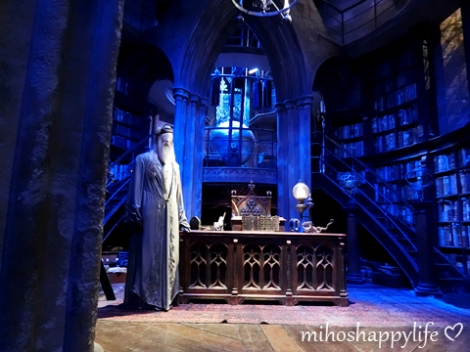 The Goblet of Fire and the Golden Egg 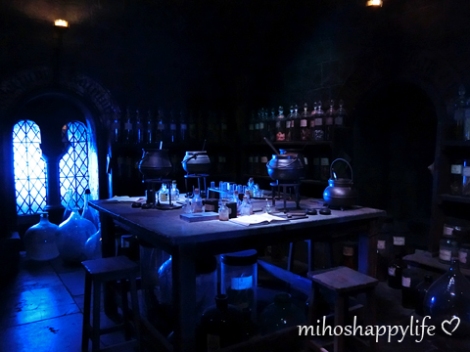 The entrance to the Chamber of Secrets

They used green screen for the moving paintings… 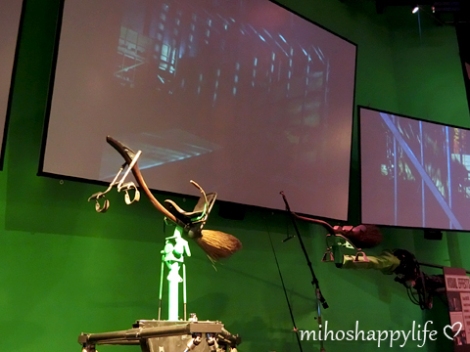 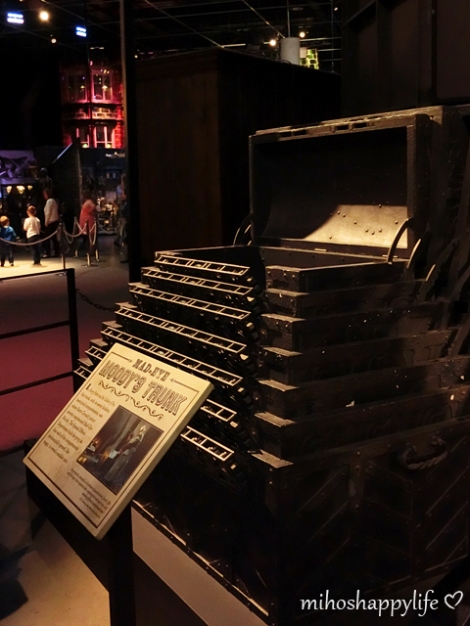 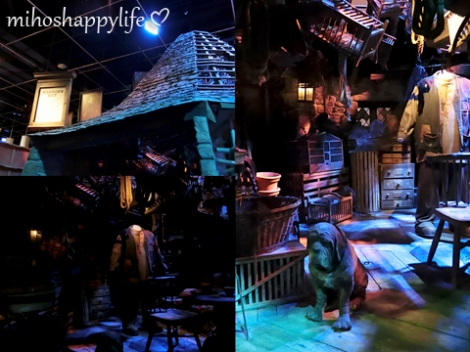 The Burrow
the family home of the Weasley family 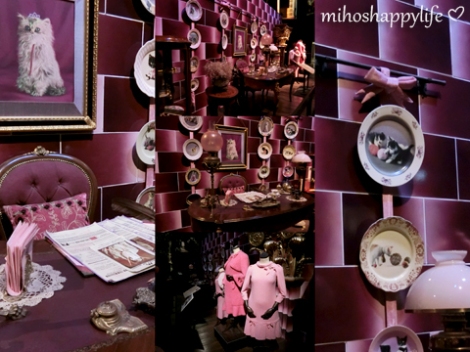 and her educational decrees 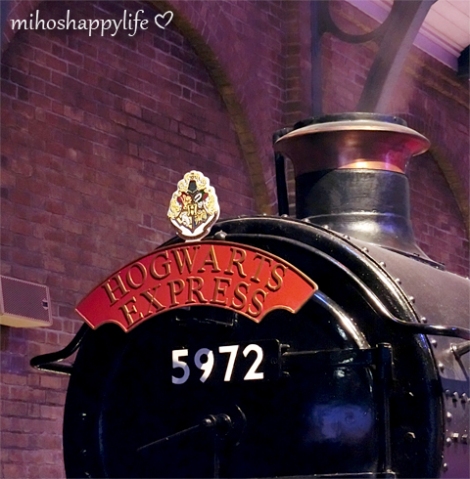 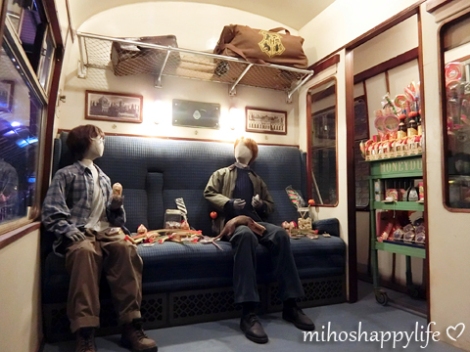 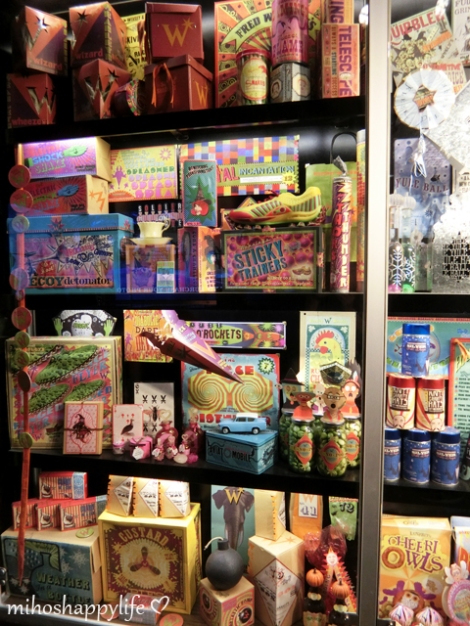 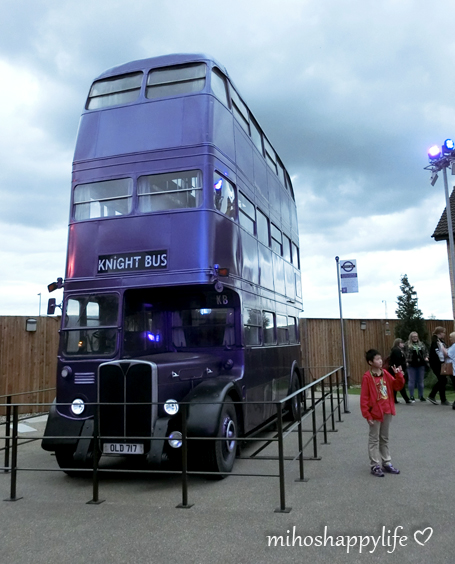 I crossed the bridge to Hogwarts ^.^ 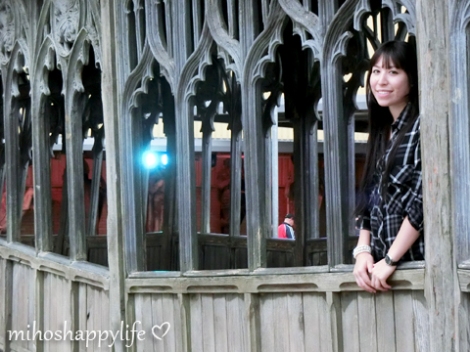 Thestral and the Chinese Fireball 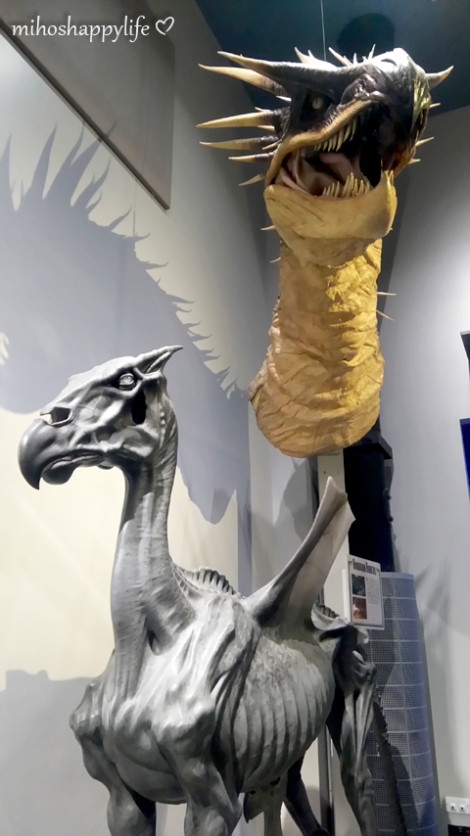 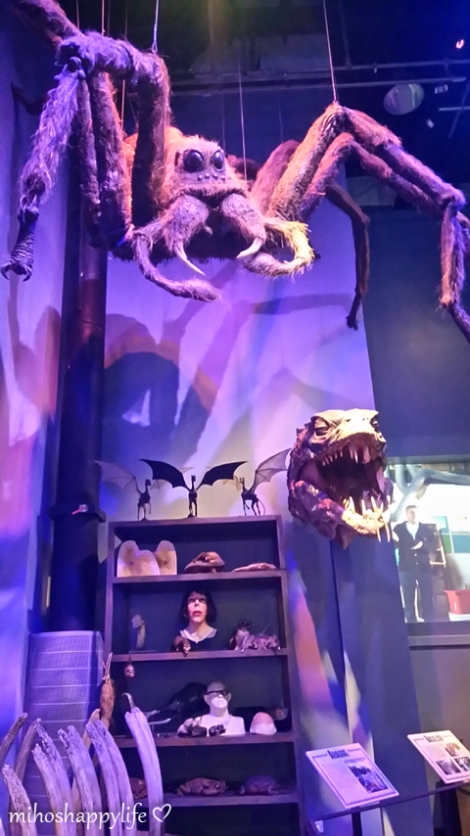 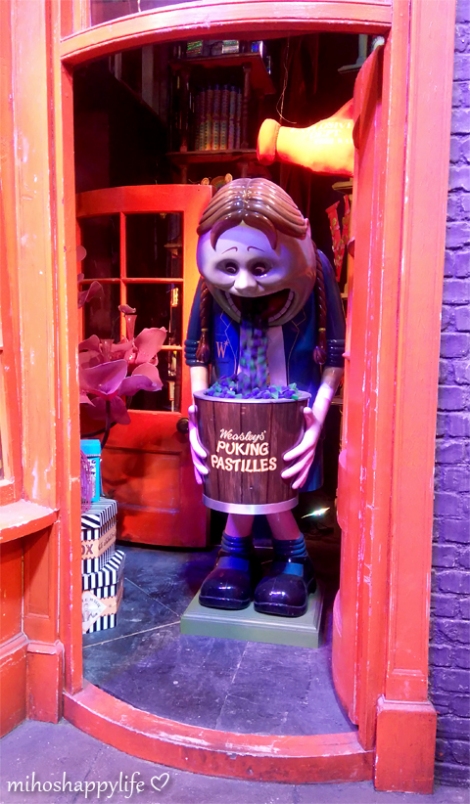 Imagine how much time they required for planning!

Hogwarts!
This model has been used for the movie.
Couldn’t believe that it was so… small!?
(The people on the right side are real) 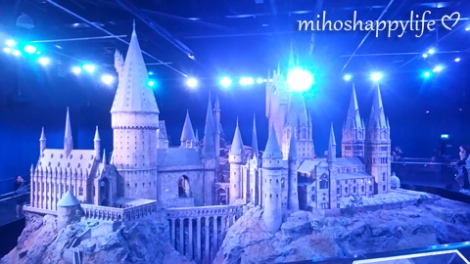 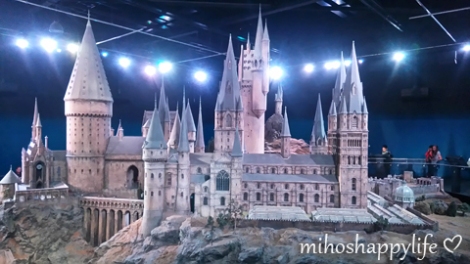 A MUST for all Harry Potter fans!

One response to “Warner Bros. Studio Tour London – The Making of Harry Potter”

11 October marks a very special day for us 🇯🇵
One of the prettiest puzzle that I got 🥺 need more for sure! 🙃
Ghibli Puzzle 🧩 Art Crystal Jigsaw
Enyoing the last summer days 🌿