Seto is a young boy that is extremely special; he may be the last human being alive on the planet. In a post-apocalyptic world that’s covered in fog and lost its light, he searches abandoned cities tirelessly with a flashlight in hopes of finding other humans, any human. As Seto searches through these eerily calm and beautiful ruins of a civilization lost, he comes across a mysterious girl named Ren, who quickly scurries away from him despite possibly being the only other living human in the world. As he struggles to be reunited with Ren and search for other survivors, he must fight off the ghosts and demons that haunt this forsaken land while also piecing together the mystery of what brought about the disappearance of all mankind. Fragile: Farewell Ruins of the Moon is the latest creation from tri-Crescendo, the acclaimed development team behind Eternal Sonata. It is an emotional tale about a boy alone in a post-apocalyptic world, and the high production values behind the gorgeous graphics and moody soundtrack really draw the player into the story of possibly being the only human being left on a deserted world. The game focuses on exploration and adventure, with light RPG elements. [Amazon.com]

Find it on Amazon: 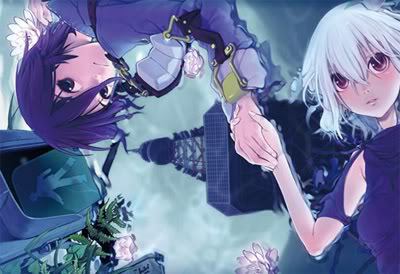 It’s a must have for every Manga/Anime-Fans, who aren’t afraid of creepy little creatures and ghosts. You play a young boy named Seto who is searching for a mysterious girl. He has to fight against animals, machines and various kinds of ghosts (I hate the legs, which are running around without a body and scream: *hahahaa or hehehe* and kick you in the ass *lol*). You walk lonely through destroyed houses, hotels and underground stations. It’s pretty scary! Especially the toilets are ugly. Despite this, the producer of the game insists that Fragile Dreams is not a survival horror, rather it will focus on “human drama”.

Seto –A boy who set out a journey through the silent, decaying world in hopes of finding other survivors amidst the rubble. 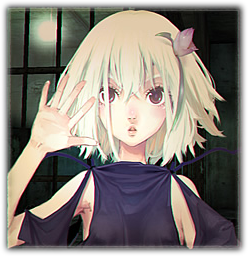 Ren – A mysterious young girl with a talent of singing. She wanders the devastated planet, sketching cryptic pictures on the floors and walls of desolate structures, finding little treasures, and befriending stray cats. All the while, she dreams of meeting another human being. 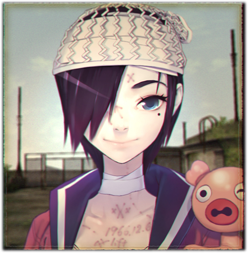 Sai – The ghost of a girl who roams the ruins of the world. She arbitrarily accompanies Seto, poking fun at his attempts to be heroic. Sai also is a source of commentary ranging from useful to the sarcastic. 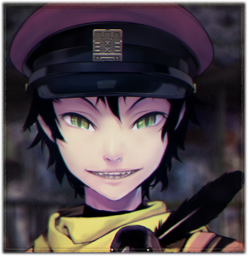 Crow – A boy without a past who Seto encounters in an old, rundown, amusement park. With a single photograph as his only clue, he’s on a mission to learn who he is and where he comes from.

A beloved classic returns! Set two years after the events of the original, best selling Gamecube RPG, Tales of Symphonia, embark on a new adventure in the world saved by Lloyd and his friends. Tales of Symphonia: Dawn of the New World follows the journey of two young heroes in a world of chaos as their fates intertwine with Lloyd, Colette, and Ratatosk, a summon spirit rumored to be the lord of all monsters. Retains the award-winning original’s dramatic storytelling, endearing characters and action-packed battle system along with new gameplay elements and functionality designed exclusively for the Wii Console. Tales of Symphonia: Dawn of the New World will sure to be an instant classic. [Amazon.com]

Buy it on Amazon:

I have also finished the “Tales of Symphonia”-Game some days ago. You have a lot of different chapters and in total I needed more than 40 hours to finish the game! It is similar to Final Fantasy – it has quite a lot of action and you have to fight against enemies. The characters are so cute! Here my favourite characters:

Emil Castagnier – A boy living in Luin after the Blood Purge in Palmacosta six months ago. Although weak and cowardly, he bears a deep hatred toward Lloyd for killing his parents, and is the only one in Luin who does not admire Lloyd. After a failed attempt to help Marta, he agrees to become a Knight of Ratatosk in order to protect her.

Marta Lualdi – A girl who saves Emil from a bear monster. Though tomboyish, she quickly develops a fangirlish crush on Emil, wanting him to be just like the dream prince she imagines him to be. She appears to be wearing the dormant core of the Summon Spirit Ratatosk.

Alice – She may look cute and innocent, but Alice is actually a mean-spirited and sadistic girl who enjoys seeing others in pain. She is first seen looking for Colette in Asgard. Marta says that when Alice refers to males with nicknames, it means she likes them, while it is the opposite with females.

Genis Sage – A young boy who is Lloyd’s best friend. He is very intelligent, but is still a kid. He becomes good friend with Emil and Marta, although he is sad about their thoughts of Lloyd.

Let me know if you know any other Wii-Games in Manga-Style!!!

One response to “Fragile Dreams | Tales of Symphonia [Wii]”